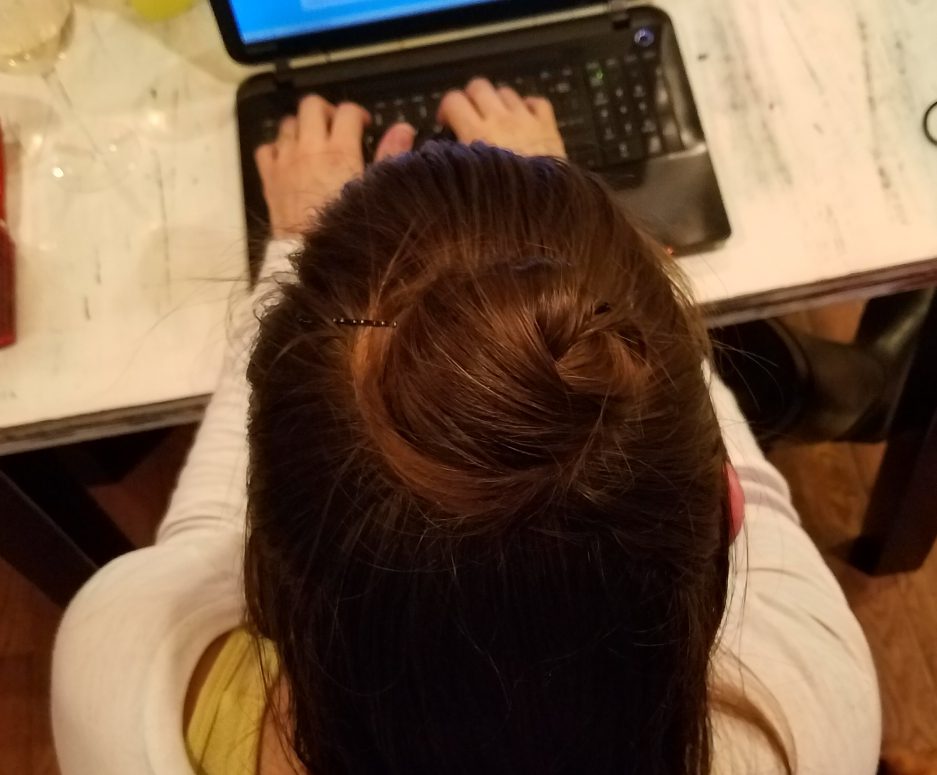 I know. The title of this blog article is contradictory. While the Hallmark movies are all “original” as in they are not spin-offs or franchises, they are not necessarily “original” in ideas. They’re predictable, not very deep in plot and always end the way you expect.

And that’s why I love them!

With the kids home from school during that freezing time of year, the predictability factor is key. I can put on the Hallmark Channel and let it ride without worrying about what kinds of things I’ll have to explain to them. I love cheesy rom-coms and have made the mistake of having something on while the girls were playing that depicts the inevitable sex as the two main characters finally falling in love. I get it from a filmmaker standpoint, it is the easiest way to show an emotion on the screen. However, I have three daughters, I don’t want them to associate sex with true love. That can lead to trouble in their teens!

Here comes a bit of a rabbit trail. Do you remember the movie He’s Just Not That Into You (2009)? Something in that movie stuck with me about raising daughters and it pointed out how silly it is to tell them that the little boy throwing rocks at them actually likes them. Instead, I tell them that boys can be immature and it’s best to ignore them when they act that way. Anyhow, there are enough blogs on parenting and this isn’t one of them. My being a parent just happens to shape some of my programming choices. Hence, Hallmark Christmas Movies have become a favorite of my girls and I. My husband and our teenage son, not so much (though, they’ve been known to get sucked in).

What’s awful and good about these movies is that they are all the same story. Girl meets boy whom she can’t stand. Usually one or both is a half-orphan of sorts. One loves Christmas, the other screams “Bah-humbug!” They are forced to spend time together where they inevitably can’t help falling for each other. The movie ends in a kiss and even a marriage proposal. This formula works for their non-Christmas movies, as well – just replace Christmas with _______ (fill in the blank with “weddings”, “dogs”, “their small town” “the sea” “garbage” etc.). And don’t forget the cherry on top: the cheesy title.

I like these movies because it’s always basically “How many ways can you tell the same story?” Deconstructing even the most epic of blockbuster film boils down to simple formulaic storytelling that’s all been done in one way or another. However, with the Hallmark Originals it’s always something lighthearted.

Which is why I’ve decided to write my own Hallmark style Christmas movie, while I wait for permission (or denial) from Paramount to continue writing Wayne’s World Jr.

It will have all the Hallmark Original Movie elements. The cheesy title: A True Christmas. The basic Hallmark formula as described in the working logline: A Pollyanna-like busy single-mom gets paired with a bah-humbug Danny-Downer type for their community college project where he discovers the true meaning of Christmas.

Here’s a sample – the first few pages of the first draft:

END_OF_DOCUMENT_TOKEN_TO_BE_REPLACED

I got the coolest email the other day…from Penelope Spheeris, the director of Wayne’s World (1992). As a person of a certain age, I spent my entire 6th grade year speaking in Wayne’s World one-liners (now I’ve gone and given you enough clues to figure out my age).

I am trying to track down permission for the rights that I need in order to write a script that’s forming in my head. A project I call Wayne’s World Jr. Ms. Spheeris was kind enough to email me back to let me know that Paramount now owns everything Wayne’s World. I’ve submitted my request to Paramount (to two separate contacts there actually), so maybe I’ll hear something in six months to a year. Maybe not.

In the meantime, I’m imagining a world where Wayne Jr. is a closeted suit-wearing Kenny G lover (his sister, Cassandra Jr. just might have to rat him out), Benjamin is married to Stacy and the toddler Garth Jr. (ever his dad’s mini-me) is Garth Sr.’s wing man. Wayne still parties and Cassandra still wails…well, until 10pm.  Excellent!

Fun Fact about Penelope Spheeris: She worked her way through her UCLA MFA program at IHOP and Denny’s!